The 400 Year History Of Reverse Mortgages

Reverse mortgages have been around for over 400 years, yet they are still often misunderstood in Canada.

In order to address the misconceptions, it is useful to examine the history of reverse mortgages and how they have evolved over time.

The concept of seniors not having enough money to enjoy their retirement is nothing new. Records dating back over 400 years ago from the U.K. and in Europe reveal that it was common practice for investors to purchase homes from seniors and then allow the senior to live “rent-free” in the home until the senior died. At the time of the seniors’ death, the home would be sold by the investor or rented out.

It is this practice that began centuries ago that has generated the #1 Myth: “You give up ownership to your home”.

Today, this is simply not true. In Canada, you retain full ownership and rights to your home, 100%. This is one of the 7 top common questions we get.

In the Crash of 1929 and the Great Depression that followed, the U.K created a financial product called “Home-Equity Reversion”. Home-Equity Reversion was no different than the practice that began over 400 years ago, in that borrowers sold all or a part of their home to a third party, normally a reversion company (or an individual investor) in exchange to live rent-free in the home until they died. The major difference was that the reversion business skyrocketed during one of the worst economic downturns in modern history. It is for this reason that reversion companies and individual investors were commonly viewed as taking predatory action upon impoverished seniors.

Reversion companies similar to those in the U.K. sprung up across Europe. In France, they were known as “Viageres” and when they eventually made their way to the U.S. in the 1970’s they were re-named “Home Equity Conversion Loans” and were also referred to as “Reverse Mortgages”. You can see why misconception #1 is still so prevalent in North America – that you could possibly lose your home – by selling their home to a reversion company or a wealthy individual investor. For more on some of the current confusions between the USA and Canada – check out our article on this: https://www.reversemortgagepros.ca/canada-vs-usa/.

In Australia, they are also still known as reverse mortgages – you can read more about them here: https://reversemortgagefinancesolutions.com.au/

The Beginning Of CHIP

Fast forward to 1986 when a chartered accountant by the name of William Turner introduced a new type of reverse mortgage product to the residents of Vancouver, British Columbia. William Turner studied the old reverse mortgage models and rejected the idea that a senior would have to give up ownership to their home, simply to be able to afford to continue living in it.

Rates are also a little lower now than they were upon first launch – check out this article for more on this.

In 2002, Canadian Home Income Plan became a publicly traded company, changed its name to “HomEquity Income Trust” and was traded on the TSX under the stock symbol “HEQ.UN”. In 2007, William Turner retired from the Board of Trustees. In a press release, Pierre Label, Chairman of the Board is quoted:

“We are most thankful to William for his extraordinary contribution to HomEquity Income Trust as the founder of the reverse mortgage business in Canada. The Board has benefited greatly from his wealth of experience and unique perspective on the needs of seniors. He remained on a first name basis with many of our original clients and established a culture of respect and consideration in our dealings with seniors and their families”.

The Creation of HomEquity Bank

In 2009, HomEquity Income Trust became a Chartered Schedule I Canadian Bank and changed its name to “HomEquity Bank”. This allowed HomEquity Bank to raise capital just like any other bank in Canada: by selling GIC’s and long-term notes.

In 2012, HomEquity Bank was acquired by Birch Hill Equity Partners.

In the past 5-years, HomEquity Bank has seen unprecedented growth. With “94% of HomEquity Banks clients saying they would recommend a CHIP reverse mortgage”, and companies like ours – Reverse Mortgage Pros – to help people understand their options.

HomeEquity Bank has officially positions itself as “the bank that caters exclusively to the financial needs of Canadian seniors”. 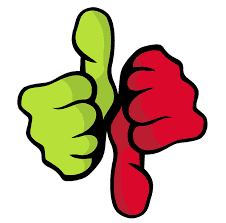 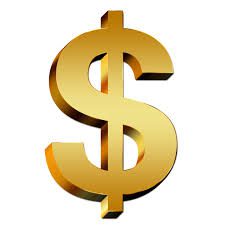 Quite often we get asked the question about what hidden or buried costs there are in a reverse mortgage. This is largely because the whole product can come across of having a feeling of being too good to be true.  Being sceptical like this is a good thing considering how many financial products out there bury […]

Turning A Reverse Mortgage Into A Line Of Credit

Many people find themselves in the situation where they are deciding between reverse mortgages and a Home Equity Line Of Credit (HELOC). So we thought we would take a look at the pros and cons of both and how you can combine both into a product that we call the ‘Reverse Mortgage Line Of Credit (RM-HELOC)‘. […]